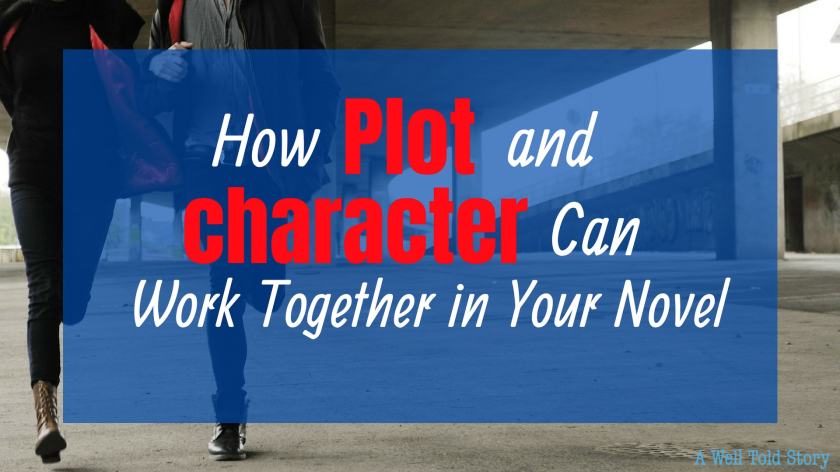 I’m sure it’s not news to you that character development and plot are two of the most important elements of your novel. The best stories are able to find a good balance between the two, but that doesn’t always come easy. For me, the biggest game changer came when I was introduced to this character-centric, three-act tension plot structure, which I adapted slightly to meet my own needs. You can visit the link for a full break down of this plot structure. For the sake of this post, here’s a visual:

This structure originally comes from Peder Hill, so if you’re interested in more of an explanation, hop on over to his site. Here’s how I use this plot structure to help with my main character and plot development at the same time.

Give your main character 1 developmental goal

Because this is a character-driven story structure, I always start with my main character’s development. But of course, character development can be a challenging balancing act in itself. If your character changes too much, it might come off a little unbelievable. If they don’t change enough then they can be frustrating or uninteresting. One thing that’s helped me believably grow my characters is to narrow the scope of their development. I tend to focus on one specific lesson they need to learn or one skill they need to develop. Once I know what my character’s developmental goal is, I use the plot structure and the points of crisis to create situations that back my characters into corners and gradually teach them what they need to learn.

Once I have my character-based points of crisis in place, I tie each point to my plot. This gives each point of crisis an overall plot push and some level of character development, which balances the book. To maintain that balance outside of the crisis points, I tend to focus more on the plot leading up to each point, and the character response/fall out after each crisis point. I’ve found that this contributes to increasing the tension leading up to the event then gives the book a good emotional release/calm after. I then hand the story back over to the plot to start building up to the next point. That’s not to say that there isn’t some overlap of both elements before and after. It’s just a matter of which element is the priority.

This Method in Action

The first time I used this method was with Crossing the Line. My main character, Jocelyn, was kidnapped by a North Korean spy agency as a kid and raised to become one of them. The book picks up ten years after her kidnapping when Jocelyn is looking to escape from, and get revenge on, her captors. But in order to make that happen, she’ll need to work with the agency she spent her life fighting against.

I knew Jocelyn was raised in a traumatic environment. I also knew because of that it would be very difficult for her to trust people. So, I decided early on that trust was the big developmental lesson I wanted her to learn by the end of the book. To that end, I developed a series of events where she would first have no choice but to trust people until she ultimately made the choice to trust them on her own. Each of these events became a point of crisis that I paced throughout the book using the structure above.

From a plot standpoint, I was lucky. Since it’s a spy book, it made sense for each crisis to happen when my characters were on a mission. Each of those missions then, in some way, contributed to the overall plot. (Which was Jocelyn’s attempt to escape and get revenge on her kidnappers.)

How did I get here?

If you’ve read the post on this plot structure, you know this was designed to prioritize character. Earlier drafts of Crossing the Line were, in fact, much more character focused. Each mission was in place to serve the character. Because of that, the missions were more independent of one another. One of the first notes my editor gave me (before she even bought the book) was that the missions should be connected and the plot more centric. She was absolutely right. Thanks to this plot structure, it was a fairly easy fix. Her note also helped me realize the full potential of this structure and how each point of crisis can serve both character and plot to create a balanced and solid story.

I hope this gives you some idea how to use character and plot together!

Now it’s your turn: How do you approach character and plot? What works really well for you? What do you struggle with? Tell me in the comments! You can also let me know what you’d like to see covered more in the future.